‘Ireland needs to send a message to Russia.’

Today’s UN Security Council meeting will be the most important since Ireland gained membership, according to Minister Simon Coveney. 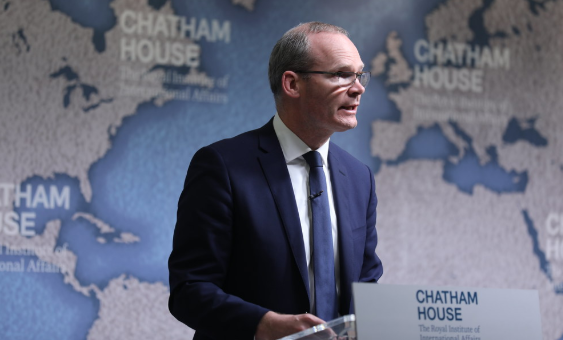 The council meets following Russia’s announcement of an escalation of the war in Ukraine.

Later Taoiseach Micheál Martin will address the UN giving an outline of Ireland’s response to the war and food shortages in Africa.

Foreign Affairs Minister Simon Coveney says it will be clear at the Security Council that Russia is isolated.

‘I think it’s going to be a very abrasive meeting because there is deep division within the security council on what’s happening  in Ukraine Russia is quite isolated in the context of it being clear that what is happening here is because of Russian aggression against it’s neighbour and from an Irish perspective I’ll be making it clear that we hold countries accountable even countries as powerful as Russia.‘

The situation in Kyiv has dominated the global gathering in New York.

The Ukrainrian President called for the creation of a special tribunal to examine Russian war crime allegations.