Ireland will move to phase three of easing restrictions from Monday 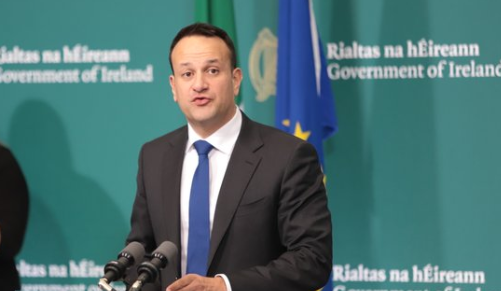 Phase 3 will see people allowed to travel anywhere in Ireland without restrictions.

Ireland will move to phase three of the easing of lockdown restrictions from Monday.

The Government says Phase 3 of the plan for reopening the country will kick in then.

Foreign travel to certain countries from July 9th has also been also approved by cabinet.

From Monday most of the country will be allowed to re-open – including restaurants, pubs that serve food, cinemas, barbers and hairdressers. People will also be able to travel anywhere in Ireland without restrictions.

Leo Varadkar also announced today that people can travel outside of Ireland to certain countries from July 9th.

The news comes as 11 more cases of Covid-19 have been discovered in the Republic and one more patient has died.

Officials at the Department of Health are warning there’s been an increase in new cases across Europe — and say we can’t afford to become complacent.

The total number of people known to have been infected with Covid-19 in Ireland now stands at 25,405 while the death toll is 1,727.

It continues the general pattern we’ve seen since the first weeks in June, with new case reports in the low teens or even single digits.

But the latest data comes with a warning. Officials at the Department of Health are highlighting that 4 million new cases have been recorded globally in the last month and 1- million are expected to have tested positive by next week.

Although most of the growth has been in the Americas, the Chief Medical Officer Dr Tony Holohan says there has been an increase in new cases in some EU states in the last two weeks.

Dr Holohan says we should take notice of the warning from EU health authorities, who say “the pandemic is not over”.