WIN: A 6 Month NOW Entertainment Membership and a 55” TV

Who wants to watch a brand new series in style? 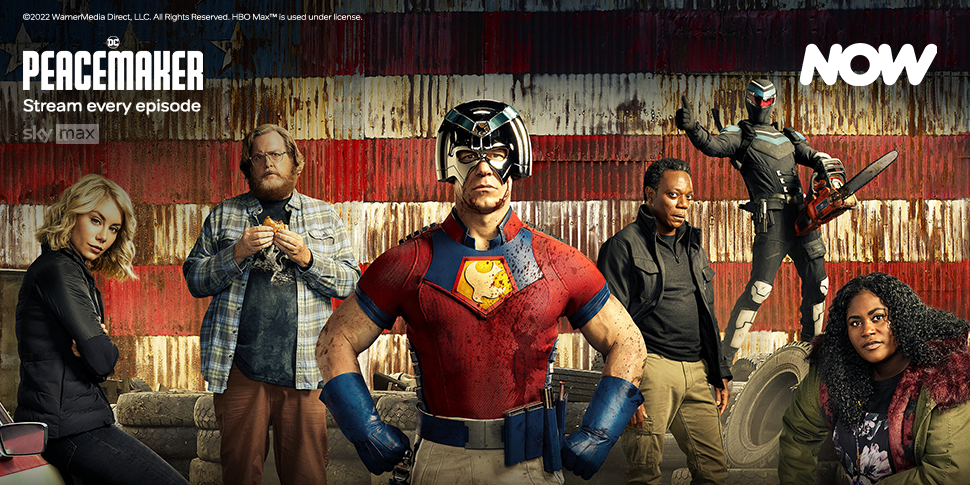 Fancy bagging yourself a 6 Month NOW Entertainment Membership and  55” TV? Of course you do! Our good friends at NOW have given us just that to give away to celebrate the release of DC Universe’s ‘Peacemaker’ on NOW.

With a whopping score of 94% on Rotten Tomatoes – Peacemaker is a brand new action-packed 8-episode spin-off to The Suicide Squad from James Gunn. Peacemaker (John Cena), an extremist murderer who believes he’s on a quest for peace, teams up with other misfits to achieve his ultimate goal – killing anyone in his way.

When launched on HBO Max in America in January of this year, Peacemaker quickly became the most in-demand streaming series in the world, so it’s definitely one to add to your list to watch on NOW with an Entertainment Membership.

Stream every episode with an Entertainment Membership on NOW.

Here’s how to win

Want to win that 6 Month NOW Entertainment Membership and 55” TV?

All you have to do is watch the trailer above and answer this simple question to be in the draw.