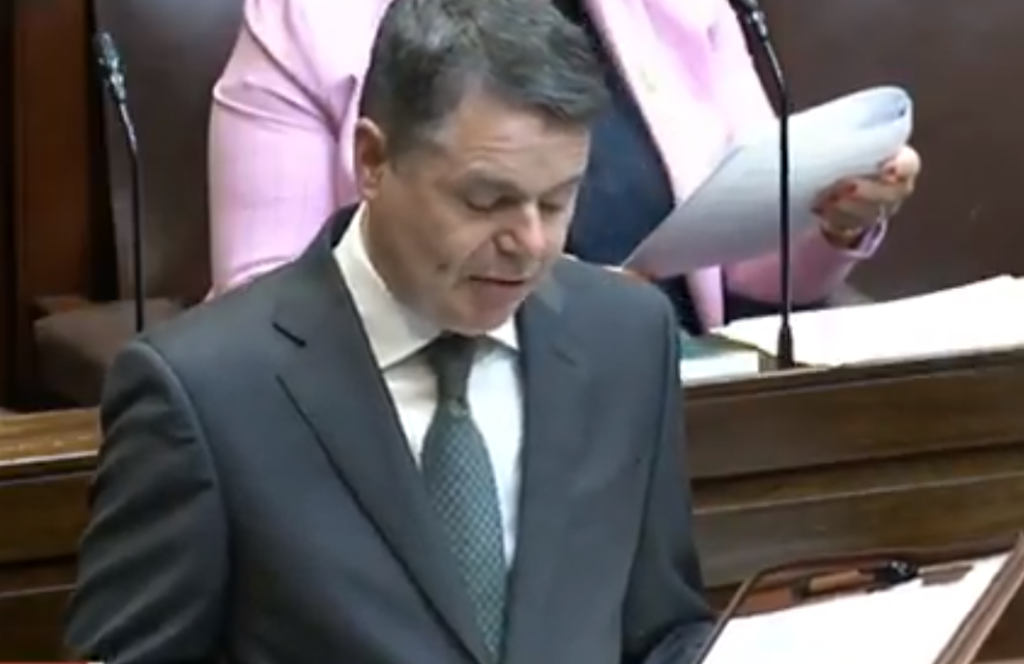 It’s emerged a businessman paid for postering to be carried out for Minister Paschal Donohoe in the 2020 election, as well as the 2016 campaign.

Mr Michael Stone says he contributed 1,400 euro to the campaign but forgot he did so.

Mr Stone says he paid personally for six people to help with postering at a cost of 972 euro, and paid for the use of vans worth 434 euro.

Mr Stone says he didn’t know his almost 1,100 euro donation in 2016 needed to be counted for in electoral expenses, and that he forgot until last week about the 1400 euro from 2020.

He says when Paschal Donohoe approached him in December to ask whether any more were made, he mistakenly told him no.

Mr Stone said he deeply regrets any embarrassment he’s brought the Minister, and has stepped down from roles he held on the North Inner City Taskforce and the Land Development Agency, both of which he undertook without pay or expenses.

The further revelations put more pressure on Paschal Donohoe ahead of this afternoon’s Dáil statement.