The Finance and Public Expenditure Ministers have revealed the spending plan for 2023. 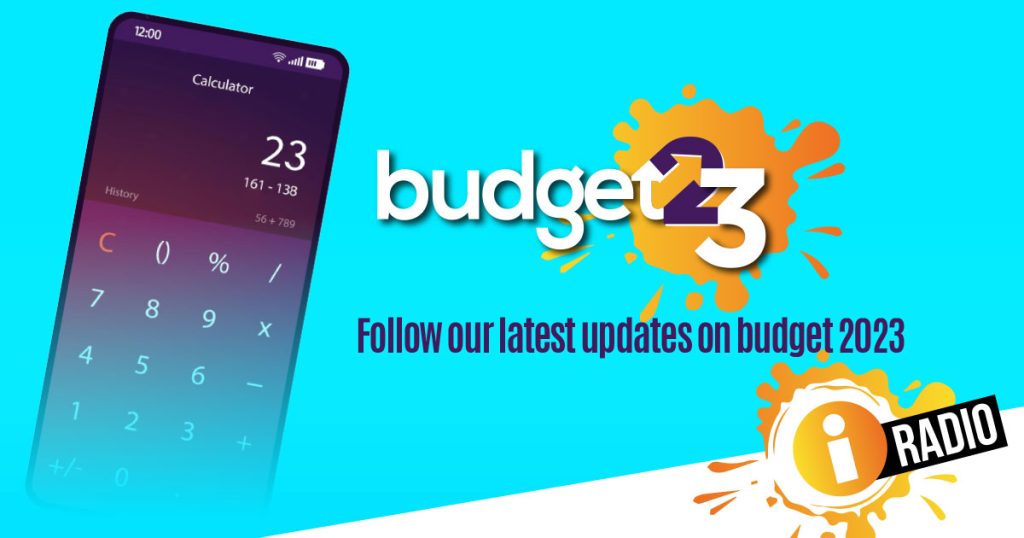 Budget 2023 has been announced in the Dáil this afternoon.

Minister Donohoe has said we face a further economic challenge, after the difficulties of the pandemic, highlighting issues facing older people, families and business owners in particular.

He says this needs to be a “cost of living budget” that helps people to cope with rising prices.

The cost of one-off measures in the budget will be €4.1 billion

Cost of living and social welfare

Public Expenditure Minister Micheal McGrath has confirmed electricity credits totalling €600, to be paid in three instalments.  The first instalment before Christmas and the other two in the new year.

An additional lump sum of €400 will be paid before Christmas to those who get the fuel allowance.  The income threshold for fuel allowance will increase from €120 to €200 above state pension.

The normal Christmas bonus will be paid in early December.

There will be a €12 across the board increase in social welfare.

There will be an additional lump sum payment of €500 to those who get the Working Family Payment.

A double child benefit payment will be made to all qualifying households in November.

There will be a €500 payment for carers and those with a disability in November.

There will be a €200 euro payment to those who are on the living alone allowance.

The Help to Buy scheme is being extended at current rates until the end of 2024.

The pre-letting expenses for landlords is being doubled to €10,000 and the time a property must be vacant is being reduced from 12 to 6 months.

A Vacant Homes Tax is being introduced.  It will apply to homes which are occupied for less than 30 days a year.  It will be charged at a rate equal to three times the existing Local Property Tax rate for the home, and will be self-assessed.

A levy on concrete blocks, pouring concrete and some concrete products will be introduced to help pay for the MICA redress scheme. The levy will come into effect from next April. and will be applied at a rate of 10 per cent. Pascal Donohue has said it will raise €80 million a year.

The USC concession for those with a medical card earning less than €60,000 is being extended for another year.

Paschal Donohoe has announced excise rate reductions of 21 cent on petrol and 16 cent per litre on diesel and 5.4c per litre in Marked Gas oil.

The 9 per cent VAT rate for electricity and gas is being extended until 28th February 2023.

There will be a once-off reduction of €1,000 to the Student Contribution Charge.

There will be a permanent reduction in student contribution fees by €500, meaning it will cost €2,500 to attend university.

There will be a once-off double monthly payment to those who get the SUSI grant.  The grant itself is to increase by between 10 and 14 per cent.

The postgrad grant will increase by €500.

€10 million is being allocated for third-level institutes to deal with energy costs.

686 additional teachers to support those with special needs.

Measures to reduce the student/teacher ratio by 1 point to 23:1, with 370 extra teaching posts, have been revealed.

Funding has been announced for free school books for all primary school pupils.

Inpatient charges will be removed for all public patients as part of Budget 2023.

The free GP card is being extended to another 430,000 people.

Funding is also being allocated to recruit 6,000 additional staff to the health service.

The free contraception scheme is being extended to women aged from 16 to 30.

For the first time, supports will be provided for publicly funded IVF treatment.

€138 million is being allocated for disability services.

€150 million will go towards support older people living at home and the national dementia strategy.

€58 million is being targeted towards mental health.

There will be a 25 per cent reduction in the cost of childcare under the national childcare scheme at a cost of €121 million. Minister Michael McGrath has said this will save up to €175 a month for families.

Ireland is to be part of an EU windfall tax approach but will go it alone if needed.

The carbon tax increase of €7.50 a tonne will go ahead as planned on October 12th. This will put up petrol and diesel by 2c a litre.  However, the Government is reducing the National Oil Reserves Agency levy to 0% to offset the cost and this is worth 2c a litre.

A Temporary Business Energy Support Scheme from Revenue has been confirmed.  It aims to help businesses by giving back 40% of the increased cost of the electricity bill.  There will be a monthly cap of €10,000 and will be calculated by comparing average unit prices from 2021 to 2022.

1,000 new Gardaí will be accepted into Templemore next year, with 200 new recruits to enter the Garda training college every three months over the coming years.

430 Garda civilian staff are to recruited

The Government is allocating €238,000,000 from the Brexit Adjustment Reserve Fund to help ease the impact of Brexit on farmers and food processors.

Companies will be allowed to give employees €1,000 tax-free a year in vouchers, up from the current €500.  These changes will apply in the current tax year.

The cost of applying for a Special Exception Order for late-night venues is being halved from €110 to €55.

The special 9 per cent VAT rate for this sector will continue until February 28th 2023 but will return to 13.5 per cent after that.

VAT on defibrillators will be reduced to 0 per cent from January 1st 2023.

€2 billion is going into the Rainy Day fund this year, while €4 billion will be put into it in 2023.  Minister Donohoe has said there are both known and unknown challenges facing the economy.

Up to 185,000 households are to be passed by the National Broadband Plan next year.

€90,000,000 extra funding is being allocated for arts, tourism, culture and media to help that sector recover from Covid.

€1,250,000 has been announced to support Irish as a living language in the Gaeltacht.

Popular robot vacuum has been trained how to mop too