A breakdown of Intimate Image Abuse and the laws surrounding it

iRadio’s The Hub has spoken to experts. 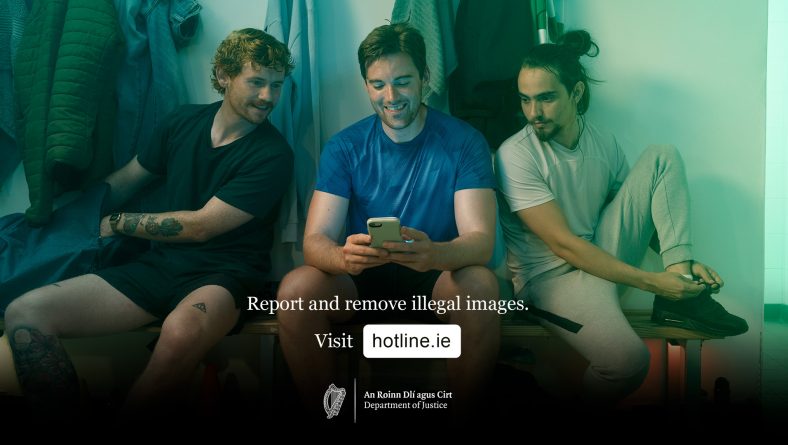 Week One: What exactly is intimate image abuse?

She helped break down what exactly it is when she spoke to Ciarán:

“It’s the sharing of any intimate image of a person without their consent, and that could be part of any person; with the woman, their breasts, they’re genitalia; the same with the man.

Cathy added that even if you threaten to share it, it’s also counted as Intimate Image Abuse.

She also explained the laws surrounding it and confirmed that it is a crime.

“I think because we have this new law, I think that really is hammering home the seriousness of this offense” Cathy added.

Cathy said that because of social media, everything is so easy and accessible, but that having an intimate image shared online is  a “really damaging thing to do somebody”.

“The law protects people because the penalty is up to seven years.”

You can listen to that full interview here to get more details on it:

The Hub spoke this to Cathy Connolly about shifting the shame from the victim to the perpetrator.

“I think it’s to educate people about that and to make them aware of how difficult it’s to get those images removed once you’ve done it. They’re up there in Cloud and you’ve no control over where the data is stored.”

There are many reasons why people share images without consent.

Some may be upset with the victim or wanting to humiliate, intimidate, control the victim.

Others may do so for sexual gratification, to build social status or for monetary gain.

Intimate image abuse can also be part of a pattern of controlling and abusive behaviour in a domestic, family violence situation.

Others could use intimate images to blackmail people for monetary gain which is also commonly referred to as ‘sextortion’.

Whatever the reason, even if someone has consented to an intimate image or video being taken of them, sharing that image or video without their consent can never be justified.

“we need to stop tolerating the perpetration of sexual images online and blame the person who shared the image and not the person who’s in the image.”

The word “consent” can be defined as when a person agrees or gives unambiguous permission to another person to do something.

In all situations there should be an opportunity for a person consenting to say no or to change their mind.

Consent should be expressed freely, voluntary and informed.

“Consent is needed in all sexual activity, whether it be intimately private between two people in a bedroom or … Overall, it also includes, and it’s most important today about sending sexual images online or sharing somebody else’s sexual imagery online.

Do you need consent for that? Absolutely. At every stage of the process, you have to have consent, and, in fact, in writing sometimes. If you don’t, you are actually now officially breaking the law.”

Michelle also spoke about how bystanders that receive images do not have consent to re-share those images.

“Just to give you a few examples would be up-skirting or down-blousing, so taking photographs and then resharing them. Partner, ex-partner sharing intimate pictures or videos online.

Extortion and sextortion is when that’s used against the person in the image to get money from them. And then the pornographic Photoshopping, which is unfortunately really common in seniors, like older teenagers.

And recording of sexual assaults and sharing those online. So they’re all examples of classic image-based sexual abuse.”

You can listen to that full interview here to get more details on it:

Week Four: Coercive Control – knowing the signs and how to report.

Coercive control is a persistent pattern of controlling, coercive and threatening behaviour including all or some forms of domestic abuse by a boyfriend/girlfriend, partner, husband/wife or ex-partner.

This kind of control can damage a person’s/victim’s physical and emotional well-being.

It is important to know the signs and to report any sort of intimate image abuse that you come across online.

Louise Clarke spoke to Cliona Sadlier from RCNI about coercive control and knowing the signs.

Unless you are one hunderd percent sure that, that image was taken with consent and has passed on with consent to you specifically.

Then you may well be witnessing a crime and whats more that behind that image there is someone being harmed.

So you have a responsibility around that image and how you respond.”

The Domestic Violence Act 2018 introduced the offence of coercive control.

Creating a specific offence of coercive control sent a clear, consistent message that non-violent control in an intimate relationship is criminal.

Cliona also recommends that if you feel that you are witnessing a crime like intimate image abuse you should call the guards.

If you suspect a person may be in immediate danger it is important to always report it directly to An Garda Síochána, either at your local Garda station or by using the Free Garda Confidential Line 1800 666 111.

If an image of you has been posted online or shared in message groups without your consent, you can report it to Hotline.ie.

You can also find out more by visiting gov.ie.