We’ve just sent him on a plane back to the States and still can’t stop talking about him. 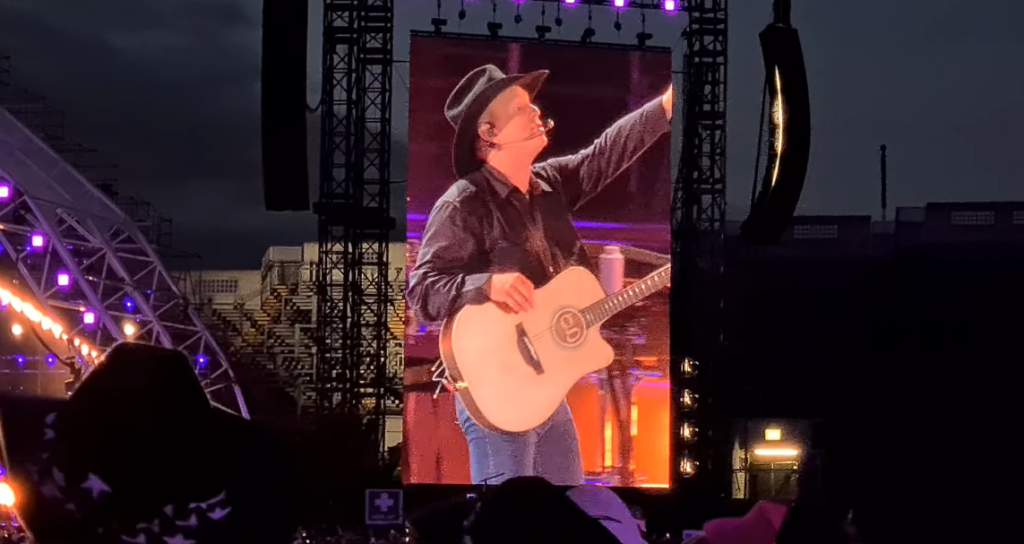 Garth Brooks is waking up outside of the Emerald Isle for the first time in two weeks.

The country music star played five nights at Croke Park in front of an audience of over 400,000 people.

Will he ever return to Ireland? It’s looking likely that he will, and he’s planning on bringing the show around the country.

“What you guys give an artist you can’t get anywhere else on this planet!”

Asked about whether he would come back to Croke Park, he said, “I’m not sure about the ‘Park’.”

“It was a full tour so after this week of travelling around I will bring it to you. In fact, I don’t mind coming to you.”

I’m not from here, but you make me feel like I so belong here! I LOVE YOU, IRELAND 🇮🇪 !!!!! love, g #GARTHinIRELAND pic.twitter.com/cncBZTKV8J

Brooks spoke about his fondness for different parts of Ireland he got to visit during his stint.

He said he enjoyed driving to the likes of Glendalough in Co Wicklow and Dingle in Co Kerry.

But when will he be back? It’ll be a while away yet, according to the main man himself.

“I would hate for people in this town to roll their eyes and go, ‘God, is he back here already?’” Brooks said.

“The next time we’re back we won’t be here to play music. We will be back here to do what we did this last week.”

So keep an eye out for tourist Garth and wife Trisha Yearwood in the months to come.

Maura Higgins to feature in tell all Love Island documentary