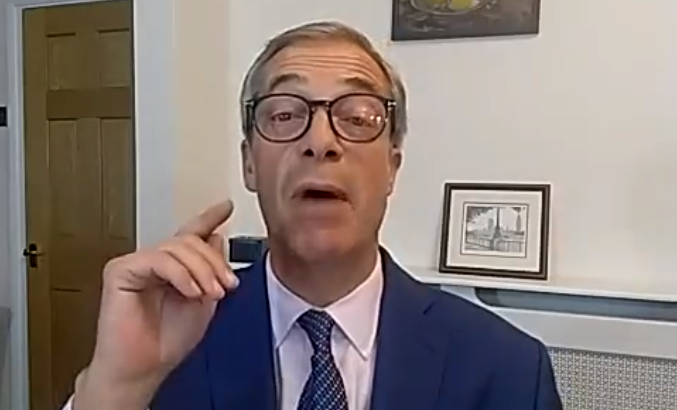 Just days after being tricked into saying “Up the Ra” for a birthday greeting video, Nigel Farage has made another blunder.

The former UKIP leader now makes greetings videos for around £80 on cameo.

Yesterday a clip surfaced of him wishing “Gerard” a happy 71st birthday.

Farage has been caught again wishing Gerry Adams a happy birthday and a Tiocfaidh ar la from Brighton pic.twitter.com/YmyTcKdFav

Pranksters asked the British politician to send birthday wishes on behalf of all the staff in a fake bar, Tiocfaidh Ár Lá’s.

In the video, Farage says;

‘Well hello Gerard, it’s Nigel Farage here. Well, Con and Mag have been on to me because they want to wish you a very happy 71st birthday and they’re looking forward to seeing you and some of the old team at Tiocfaidh ár lá’s in Brighton.

‘I’ve had the full story. You were the team leader there for many years. They now want to wish you a belated, because we kind of missed it by a couple of days, but a belated 71st birthday.