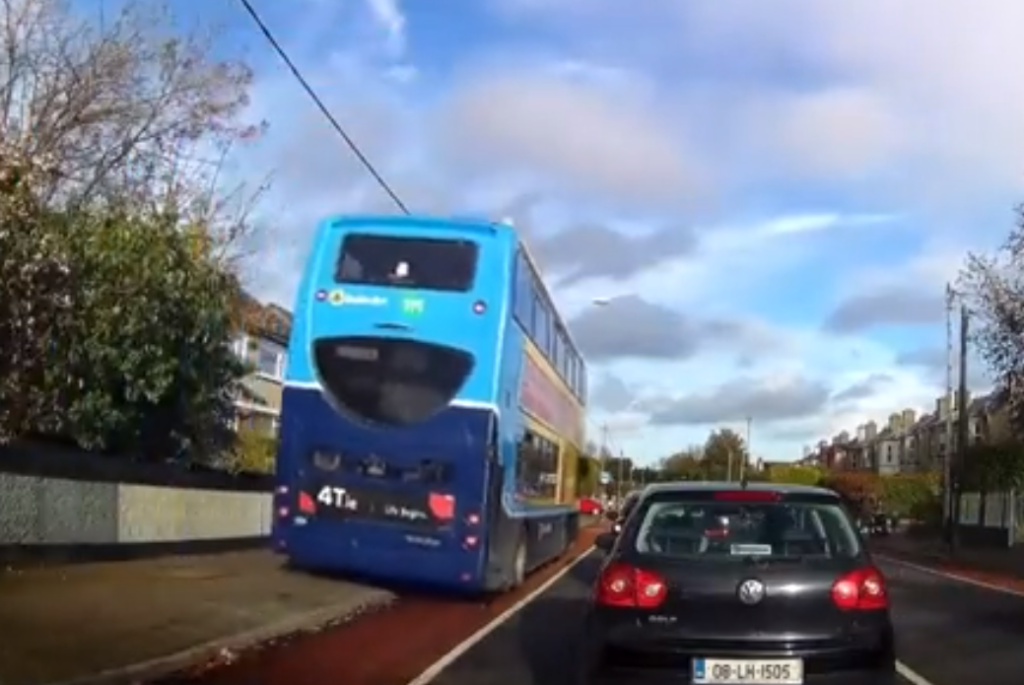 A cycling group has described a Dublin Bus driving along a footpath as dangerous and lethal but not an isolated incident.

A video posted on Twitter on Tuesday showed the double decker half on the pavement and half in a cycle lane, in a bid to get by traffic on the Rathfarnham Road.

So there I was, sitting in traffic that was stopped between Rathfarnham and Terenure when a Dublin Bus went past me on the inside, in the pavement and bicycle Lane. 11am today. @dublinbusnews @TFIupdates @Dept_Transport @IrishTimes @IrishSunOnline @irishdailymail pic.twitter.com/pfwdpXLC1s

Ciarán Ferrie, spokesperson for IBIKE Dublin, says its lucky no one was injured;

“It’s not an isolated incident, we see people driving on footpaths every day of the week and it’s not enforced very well, so there is a culture there. Obviously this is taking it to quite an extreme.”

“There is that sense that parking and driving on footpaths are not really enforced to the degree that they should be.”

A teenage girl has died in a crash in Co. Donegal