It can be tough keeping your house clean 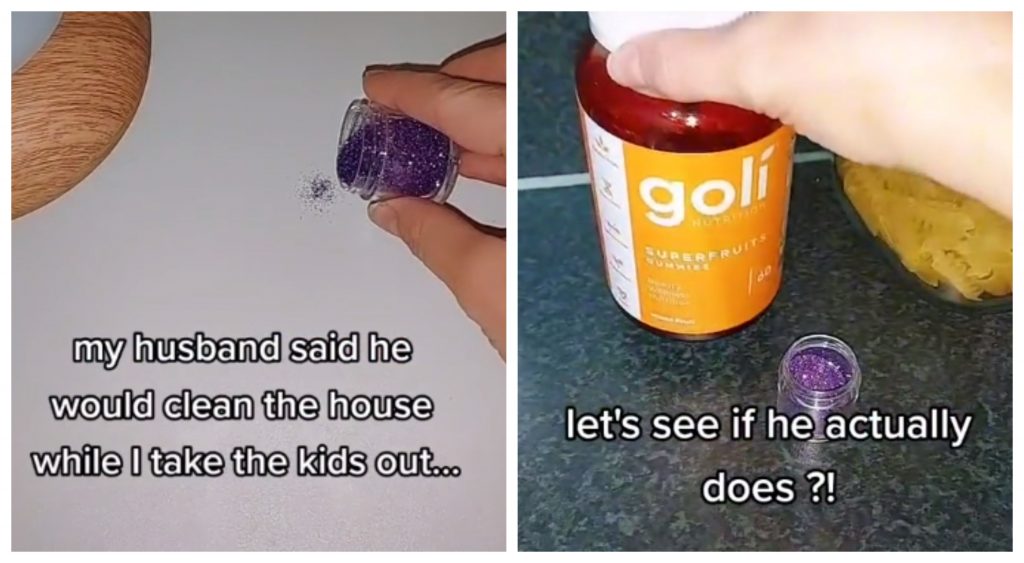 It can be even harder to keep the place in order when your suspect someone is doing a half-arsed job.

That’s why one mum took to TikTok to share a little hack she’s been using to make sure her husband is pulling his weight.

It’s fairly simple, she just places a bit of glitter underneath various objects and if it’s still there the next time he looks, he’ll be caught out.

@chrissy.j.xxthe xbox was on when I left .. ??? ##familylife ##familychallenge ##forfun♬ THATS WHAT I WANT – Lil Nas X

While some have commented under the video praising the good idea, others aren’t convinced.

“Maybe just appreciate that he’s cleaning. So what if he doesn’t move stuff? You don’t have to do that every single time”.

But some have defended the person, with one comment saying;

“Ppl do realise those are places you wipe down? You’re meant to move them and wipe it. Like I’m a man and I understand that.”

What side to do you fall on? A bit too nit-picky or perfectly reasonable?

8 year old girl crowned messiest of 2021 in the UK