Couple name their child after a crisp flavour

His name is ‘Theodore Smokey Bacon’. 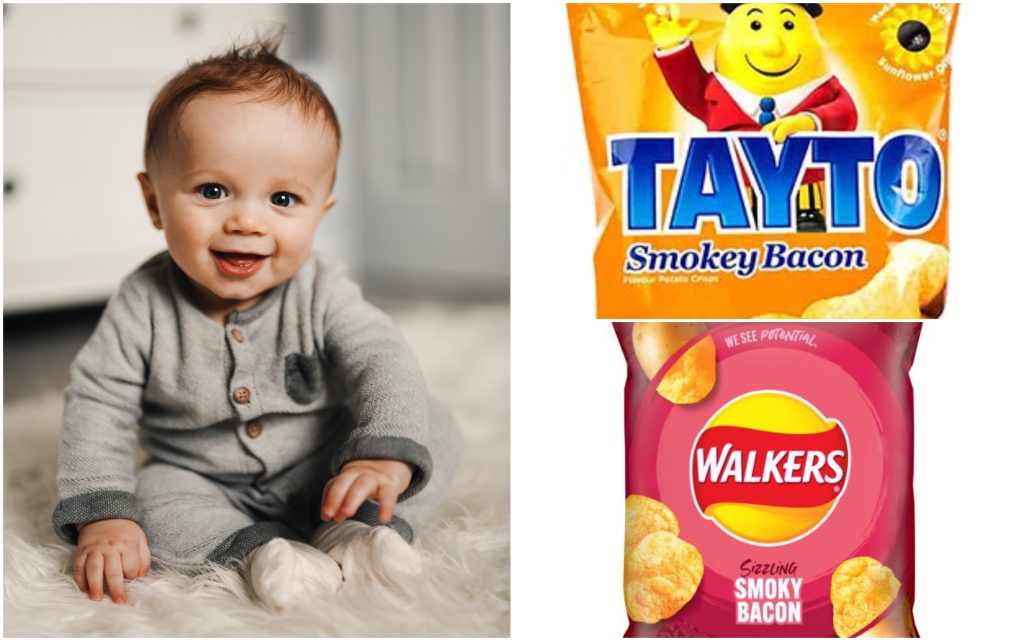 Unique baby names are all the rage now but when do you think it’s a step too far?

Maybe it’s when you name your son after a crisp flavour.

One couple in East London did just that. Pauline and Maxwell Bacon had the ideal name to suit their surname and ended up naming their baby boy Theodore Smokey. Yep, his full name is Theodore Smokey Bacon.

Mum Pauline told The Sun that they love their choice:

“We’re deadly serious about the name and it’s a celebration of a unique family tradition.”

“When we first started dating Maxwell told me how his grandfather, Smokey Bacon’s great grandfather had gone by the nickname ‘Streaky’ all his life as his surname was Bacon.”

“From the start of dating Maxwell and I agreed that if we had children Smokey Bacon would be our firstborn’s moniker.”

She also added that they have similar bacon-themed names planned for any future children:

“If we have a girl next, she’ll be Maple Bacon.”

“Our third will be called Crispi Bacon as that is not a gender specific name.”