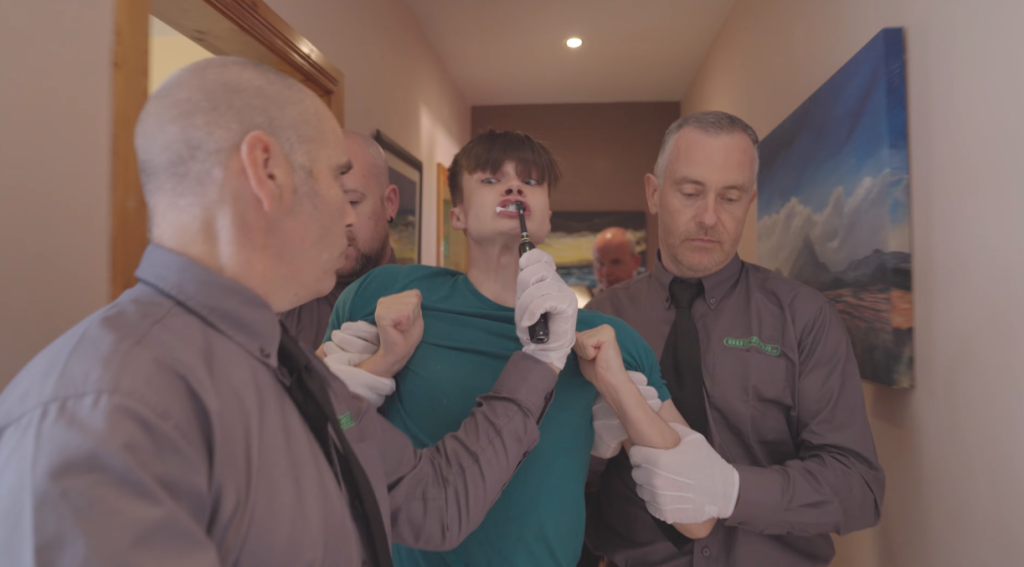 One Irish transport operator has come up with a hilarious way to advertise their college routes.

Donegal-based Bus Feda have released a hilarious video, showing staff going above and beyond to get a student out to college.

The videos shows a butler style operation, with the student pulled out of bed, sprayed down with Lynx, getting his teeth brushed as he’s carried down the hall and onto the bus.

Meanwhile, bed clothes, the TV, Playstation and even the kitchen sink are packed up on his behalf as his mother fawns over his departure .

The video carries the tagline ‘almost too convenient’.

The company says it’s been transporting students to college since 1983.